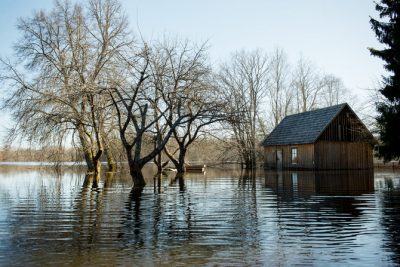 Usually, it is possible to notice four seasons in nature – spring, summer, autumn and winter. Estonians can call themselves lucky ones as they love nature and can admire five seasons instead.

Flood is called Fifth Season by local village people of Soomaa National Park as floods occur nearly every year. The spring flood can raise the water levels by as much as five meters. It is not a catastrophe, it is a regular natural hydrological feature, it is a SEASON. Everywhere floods – meadows, fields, forests, roads and even houses.

The floods in Soomaa are a combined result of the flat relief, small height differences in the lower reaches of the rivers and many small streams discharging their water close together. Usually, the Fifth Season shows itself in late March and early April. This is an interesting time, the beginning of the water hiking season when people can go about canoeing in the forest. There are organized regular guided canoeing trips every day in the forests, meadows, and rivers of Soomaa during the flood period.