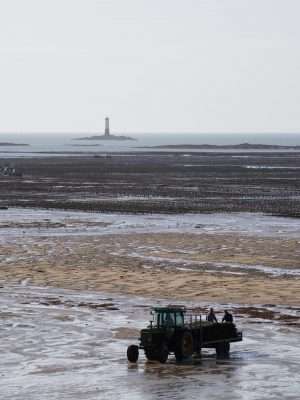 Spring 2018 brought us, EUROPEAns to Blaniville-sur-Mer in Normandy, FR. Accommodated in the pleasant VTF Senequet Holiday Village, we were only a few 100 m away from the endless sandy shore and the capricious channel. We had sun, we had rain and we had strong winds. It was raining cats and dogs in one moment then in the next it was a glorious blue sky again! And all that 175 times in a single day!

Taking advantage of the afternoon low tide and relatively nice weather, our French colleagues took us to the nearby oyster farm. Getting there in itself was a true adventure as we were walking through the wet sand, trying to avoid getting soaked to skin and envying our well-prepared peers who carried their wellingtons all the way from home for this trip only.

“Oyster farming was already practised by the ancient Romans as early as the 1st century BC, and the French oyster industry has relied on aquacultured oysters since the late 18th century.” (Wikipedia). Today it is as popular as ever in Normandy but still this kind of production is very much a labour intensive and a time consuming enterprise. 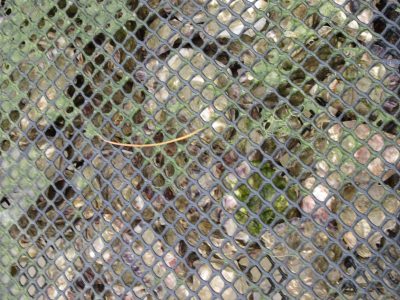 We learned form our hosts, Michael Leguillois and Marie-Claude Gasterbois that the animals are sorted by their size in apertured plastic bags that are fasten to metal stands. The bags need to be moved and shaken regularly in order to separate the shells and give them enough space to grow properly. The content of the bags has to be revised and reorganized from time to time as the oysters become bigger. The process takes 3-4 years!

Coming back from the vast oyster fields we paid a visit to one of the oyster conditioning company in Blanville where we were hosted by Mr. Lafoss, the producer. He explained the final phase of the production and showed us through the pools where oysters are kept in controlled conditions. This last period will assure a softer and not so harsh salty taste. Also, a certain amount of shells would be regularly taken to the estuary some km westwards for some extra months of dwelling in brackish water for a different kind of special taste. 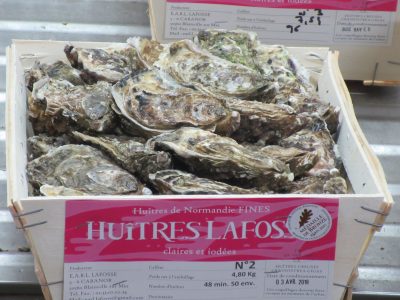