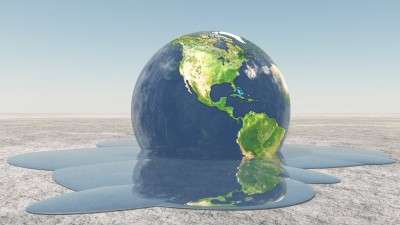 Parts of the country are suffering from flooding at present which puts climate issues much more into the public domain. For the majority of the time climate change is discussed in Parliament and increasingly by business leaders rather than in the local pub.

In Agriculture there are issues with an Environment Agency policy called ‘Managed Retreat’ which basically means leaving less populated areas (often with productive arable land such as North Norfolk) to erode naturally by storm activity and rising sea levels, to concentrate on areas of high population density and therefore more votes).

Demands for action to combat/compensate for flooding by rivers are usually responded to according to location. For instance, the Somerset Levels suffered badly from flooding last winter due in no small part to lack of river dredging, a policy put in place to supposedly to protect small invertebrates in the river beds. The local economy suffered greatly and calls for assistance and policy change went unheeded until areas west of London were flooded by the Thames. This is an area largely populated by Conservative Party voters and the Government’s focus was swiftly redirected to flooding issues.

The Paris Agreement has been seized upon by those advocating more sustainable agriculture, particularly regarding soil quality and tillage methods. Locking carbon into the soil using minimum tillage methods together with the return of denser, natural grassland allowing all year round grazing is seen as a positive argument against those who seek to blame greenhouse gas emissions on Livestock farming. Crops need fertiliser to grow and the alternative to FYM (Farm Yard Manure) is fossil fuel based, clearly unsustainable. Solar panels are covering Grade A farmland, thousands of hectares of maize fuel bio-digesters, burning food while the desertification of Africa and other parts of the world gathers pace.

Rising temperatures have helped the English Wine industry to expand rapidly in areas where the soil type is identical to the Champagne area of France. Every cloud has a silver lining…

Putting the blame of rising global temperatures on the developing economies of countries such as Brazil, India and China is rather hypocritical. Britain was a heavily wooded country until many of the trees were cut down to provide ships to defeat Napoleon. Now we can produce our own wine, long term planning at its best!

Coal mining fuelled the Industrial Revolution in Britain, our goods were exported all over the world. Now it is the turn of the developing countries to cash in on their assets. Rare earth metals? The western world, particularly its younger generation, would struggle to live happily without its Phones, Pods, Pads and PCs.

A complicated world indeed but some things never change. At a local level people will do what they need to survive and feed their families. But I think that there is a growing feeling in the UK that if you cut down a tree then you should plant two more. That if you wish to see cows grazing pasture as you walk your dog along the river then you need to buy your milk and beef from the local farmer. And it is better to put up your own small wind turbine or solar panels than rely on large Power companies owned in other countries.

Just as long as the value of your property is not adversely affected. Global warming? Not in my backyard!

Acknowledgements: many thanks to Charlie and EUROPEA UK 🙂