Cold Turkey – For all keepers of Livestock, especially Poultry 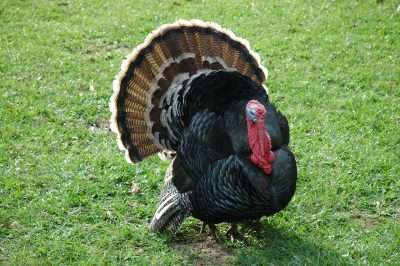 Avian Influenza (A.I.). It’s been around for years, every autumn, when the migrating birds swoop in on our shores in their millions, you hear of isolated outbreaks. A great natural spectacle, from the Arctic, Siberia, Northern Europe and sometimes beyond, bringing tourists and twitchers (bird watchers) flocking to the British Isles. Last year was no different, except that the human population had gone through a pandemic and craved a return to normality.

East Anglia has always been the epi-centre of the UK Poultry industry, back to the days when birds with their feet dipped in tar, were traded at Attleborough Market and then walked to London having spent the late summer and autumn feeding off the harvest stubble.

But last year was different. The virus didn’t go away when the Spring came. More serious outbreaks of A.I. were reported, too close to home for comfort. The hottest summer in living memory should have suppressed the virus, but all through the summer sporadic outbreaks occurred. Reports of mass deaths of sea birds in the Northern Isles, down the East coast to the marshes of Essex and beyond made headlines. Producers of free- range birds were particularly fearful. Avoiding contact with potentially sick wild birds is virtually impossible and housing all birds eventually nullifies any premium price received for the label ‘free range’, a status that many UK producers have worked hard to attain.

This year we were asked to keep our free- range flock through the summer, rather than the Autumn flock prior to Christmas. Once the hay was cut, with less than 50% of normal yield due to the drought, the birds happily spread across the fields. Except for 2 days of 40 degrees Centigrade when over 250 birds were lost to the extreme heat. 5 km away, a flock was diagnosed with A.I and duly culled. Ours survived and were processed as normal.

The current flock were placed inside two sheds as planned. All biosecurity measures put in place as usual. Throughout September and into October, outbreaks of A.I. were reported all over the country, from the South Coast to the Orkney Isles. Around Attleborough, Norfolk, new cases were reported almost daily. It felt like being under siege, with our farm being completely surrounded. Then last Sunday, I found 7 dead birds in one shed and culled 3 more in distress. Immediately these were taken for analysis and A.I was confirmed. The farm was isolated with enhanced biosecurity.

Good stock people remove dead birds immediately, cull any in distress and maximize living conditions for their stock. 25 birds dead on Monday. 102 on Tuesday, too many to count on Wednesday. In Shed 2, where I did not enter, no dead birds whatsoever.

It is Sunday again. In Shed 1, from 3000 birds, maybe 50 are alive and we still await the Ministry people to carry out a cull and remove the birds. Shed 2 has had its first cases today. I still do not enter that Shed, even after 3 showers per day. To what end? Our biosecurity has been beaten.

My body aches from hauling dead birds around. My mind is numb with it all. Media stories of the public complaining of seeing distressed and dead swans on The Norfolk Broads are met with cynicism. ‘Get over it, it’s not hitting you in the pocket’. I am not proud of this attitude. Just numb.

It is every stock person’s worst nightmare. The definition of a dead loss. The prospect of a huge clean- up bill and no bird income for 12 months.

I take an anti-viral tablet every day. I report my health to the East of England Health Security Agency by text every morning. Big Brother is watching over me. But there are so many cases of A.I. Big Brother is taking a long time to come and cull our remaining birds and remove all the carcasses.

I am not being bombed by a madman. My showers are always warm and there are new protective clothes everyday. I am just numb.

But I am a Stock Man. Cows do not catch A.I. and they must be looked after. However bad things seem, look after the living, especially the young, the old and the vulnerable.

There will be no Cold Turkey this Christmas. No message from The Queen either. But there will be a message from The King. The grandchildren will be keep growing and presenting us all with every emotion imaginable. New Apprentices still sign up to work and learn in the Farming Industry. New innovation is everywhere.

Nature can be cruel. Nurture the next generation to work with it. For now I am numb, but the feeling will return.