Did you know…?
The emoji map of The Netherlands went viral.

Can you guess which country? Mathieu van Woerkom recently started a new hype with his ‘emoji map’. The idea is very simple: every emoticon stands for something the area is known for. For example, there are parasols along the coast, a tree in national wildlife reserve Hoge Veluwe and an airplane representing Schiphol. 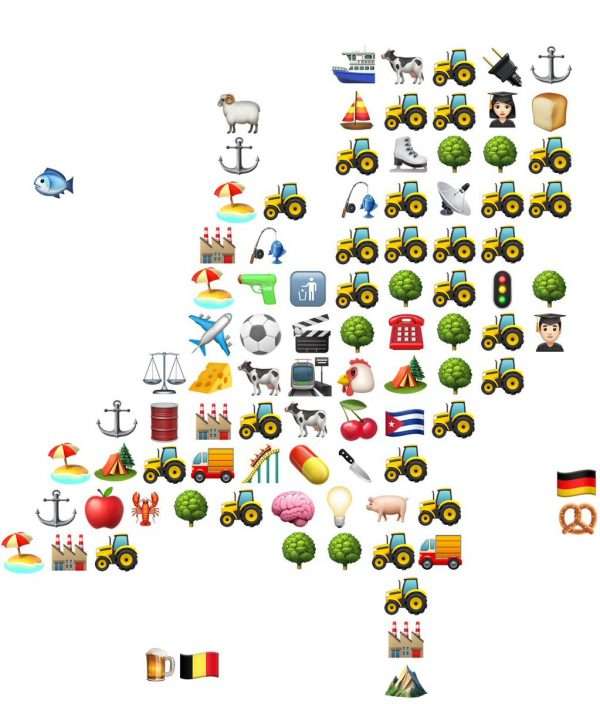