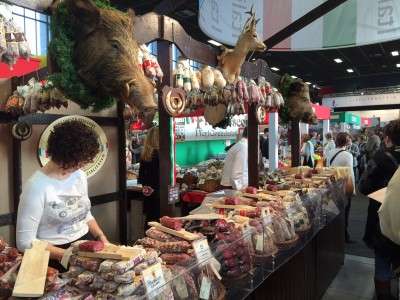 If you ever doubted that farming and food production is a multi-faceted activity, you should definitely visit the traditional Grüne Woche, which is staged every year in January in the German capital.

Founded in the 1920’ies and becoming a major international event after the Second World War, the Green Week is now a showcase of food production, food culture, new concepts and new products. All of the 16 German Bundesländern and the majority of European countries have their individual exhibitions at the colorful fair. This year, you can also taste the products of more than a score of countries outside Europe. Turkey, China, Thailand, Abkhasia, Australia, South Africa … just to mention a few.

Fairs like the Berliner Grüne Woche may remind us, that food production is – and should be – more than just highly efficient, industrialized operations in sterile environments marked by large-scale production plants and heavy use of technology and chemicals. Food production and food consumption is also a very diverse and highly interesting human activity with a variety of cultures and different tastes.

In Berlin you can certainly go and see for yourself!