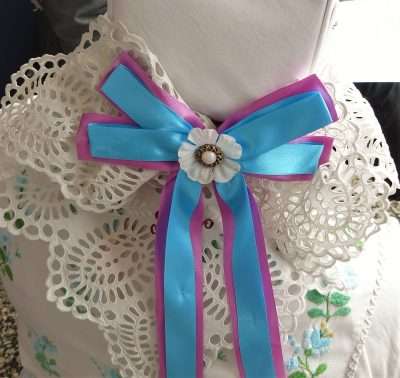 Agriculture has always played a major part in the economy of Hungary. It has become a key feature of our history and played its part in forming of the national identity of Hungarians.

In the past most of the families made a living by cultivating the land or breeding animals. Generations lived and worked together, and all the valuable knowledge was transferred easily; from father to son, from generation to generation as part of regular daily routine. Community life was important and cooperation between families was also essential; especially during the periods of big scale agricultural events (harvest, yield, fruitage or slaughter).

Life has changed though. Traditional family structure is not there anymore, and communities are nothing like they used to be. Young people are deserting their native villages to settle down in towns or county capitals in order to get better jobs, earn more money and have a more convenient life in general. Social and political changes lead to an almost complete wipe-out of the old way of living. And as for education, our course books do not feature the traditional knowledge of our forefathers. If it is gone part of our history will also disappear. 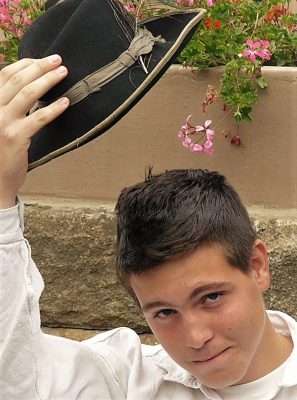 However, at the EUROPEA Vocational School FM KASZK Táncsics Mihály in Vác (HU) we believe that not all is lost. Our annual event called the Harvest Festival and Food Competition is there to help and contribute to the fading knowledge transfer. The festival is held every year on the last Thursday of September in our beautiful two-acre schoolyard and involves not only youngsters but also parents and grandparents.

Representatives of the older generation lead the way and control the preparation of the traditional Hungarian harvest courses, while students try to do their best and by doing so they learn quite a lot. We would call it “teamwork” or “informal learning” with the trendy terms of modern education but it surely is a fun way to show and teach some of the history of food processing to young people. It also strengthens our small community and gives the feeling of belonging together. 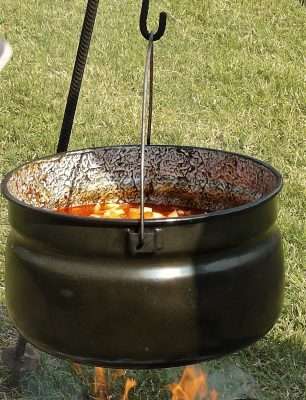 Pic no3: The traditional “bogrács”.

The competition rules state that the meal must be a national or a local dish cooked on an open fire in a pot called “bogrács”. It is a traditional, usually quite a sizeable container that hangs down on a chain from a stand allowing the fire to hot it up from underneath. There are scientific evidences that the first Hungarians who reached the Carpathian Basin already had a very similar cooking device. Later, shepherds used it a lot while living with their livestock out in the fields. Also, it was an inevitable cooking pot of the poor, very suitable and practical for the preparation of a rich one-course meal that would nourish the human body for the entire day. It was easy to pack it and carry it away. Today it is as popular as ever with holiday makers, friends and families.

Our Harvest Festival and Food Competition is truly a great event. All schools from the region are invited and the jury consist of local authorities and people working in the tourism. The winners are presented with worthy prizes. There is also a spectacular cultural programme featuring an equestrian show and folk dances.

So, if you happen to be in Hungary in September pay us a visit and we will be more than happy to welcome you!