It is the last day of March and spring is finally in the air.

The Campaign of Hungary, the country of the month is almost over. There are still so many things we wanted to tell you about our country but our time is up. However, you can come and visit us anytime for more surprises! Thank you for being with us and following our stories.

But before we go, let us present you with perhaps one of our greatest treasures: our precious unique and beautiful language: the Magyar! Read our farewell article and remember: you are always welcome in Hungary!

Hungarian is the official and predominant spoken language in Hungary. Hungarian is the 13th most widely spoken first language in Europe with around 13 million native speakers and it is one of 24 official and working languages of the European Union. Outside Hungary it is also spoken by communities of Hungarian people in neighbouring countries and by Hungarian diaspora communities worldwide. Today approximately 5 million Hungarians live outside Hungary. 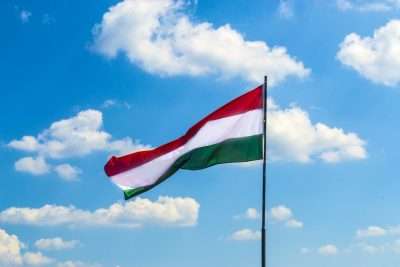 Hungarian (Magyar) is a member of the Uralic language family, unrelated to any neighbouring language and distantly related to Finnish and Estonian. It is the largest of the Uralic languages in terms of the number of speakers and the only one spoken in Central Europe. There are sizeable populations of Hungarian speakers in Romania, the Czech and Slovak Republics, the former Yugoslavia, Ukraine, Israel, and the U.S. Smaller groups of Hungarian speakers live in Canada, Slovenia, and Austria, but also in Australia, Brazil, Argentina, Mexico, Venezuela and Chile. Standard Hungarian is based on the variety spoken in the capital of Budapest, although use of the standard dialect is enforced, Hungarian has a number of urban and rural dialects.

In the earliest times, Hungarian language was written in a runic-like script (although it was not used for literature purposes in the modern interpretation). The country switched to the Latin alphabet after being Christianized under the reign of Stephen I of Hungary (1000–1038). The oldest remained written record in Hungarian language is a fragment in the Establishing charter of the abbey of Tihany (1055) which contains several Hungarian terms, among them the words “feheruuaru rea meneh hodu utu rea” or “up the military road to Fehérvár”. The rest of the document was written in Latin.

Among the first chronicles about Hungarian history were Gesta Hungarorum (“Deeds of the Hungarians“) by the unknown author usually called Anonymus, and Gesta Hunnorum et Hungarorum (“Deeds of the Huns and the Hungarians”) by Simon Kézai. Both are in Latin. These chronicles mix history with legends, so historically they are not always authentic. Another chronicle is the Képes krónika (Illustrated Chronicle), which was written for Louis the Great.

Finally, we will teach you two very important words you should definitely learn in Hungarian: EGÉSZSÉGÜNKRE! (Cheers!) and KÖSZÖNÖM (Thank you!)

And now we are  handing it over to Estonia. Stay with us and let Estonia surprise you throughout the month of April 🙂