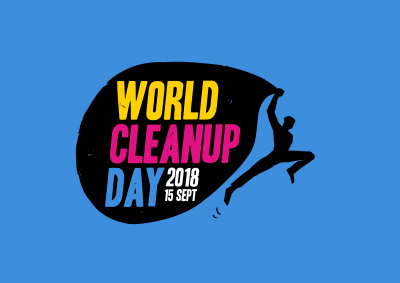 We have seven billion people living on the Earth, but we have 100 million tonnes of garbage lying on the floor of our cities, forests, parks, and rivers. The same amount has ended up in our oceans too. We are living in the era of trash!

Estonian initiative “Let’s Do It!” is rolling and involving more countries than ever before. September 15th is called World Cleanup Day.

So far, over 16 million people in 113 countries have joined in cleaning up illegally dumped waste. Now the team has an ambitious plan of engaging 150 countries for one massive World Cleanup Day in September 2018, making it the biggest positive civic action the world has seen.

If you’re interested in being a part of a historic, challenging, rewarding, and fun event, don’t wait. You are needed! Just check the website and find out how to get involved!

Map the illegal waste around your home – there has been created a free app for your iPhone and Android phones that allows you to start mapping the garbage right away. Get your friends and family do it with you! Check this out from HERE.

Let’s clean up the World together!

Sources
Let’s do it! Homepage. www.letsdoitworld.org
The Press Release