Since leaving school Josh Brewster has gone from a Level 2 Livestock Production Apprentice to Unit Lead with responsibility for a 4-strong team and 1,200 sows at North Farm Livestock Ltd’s Bayfield breeding unit, near Holt. 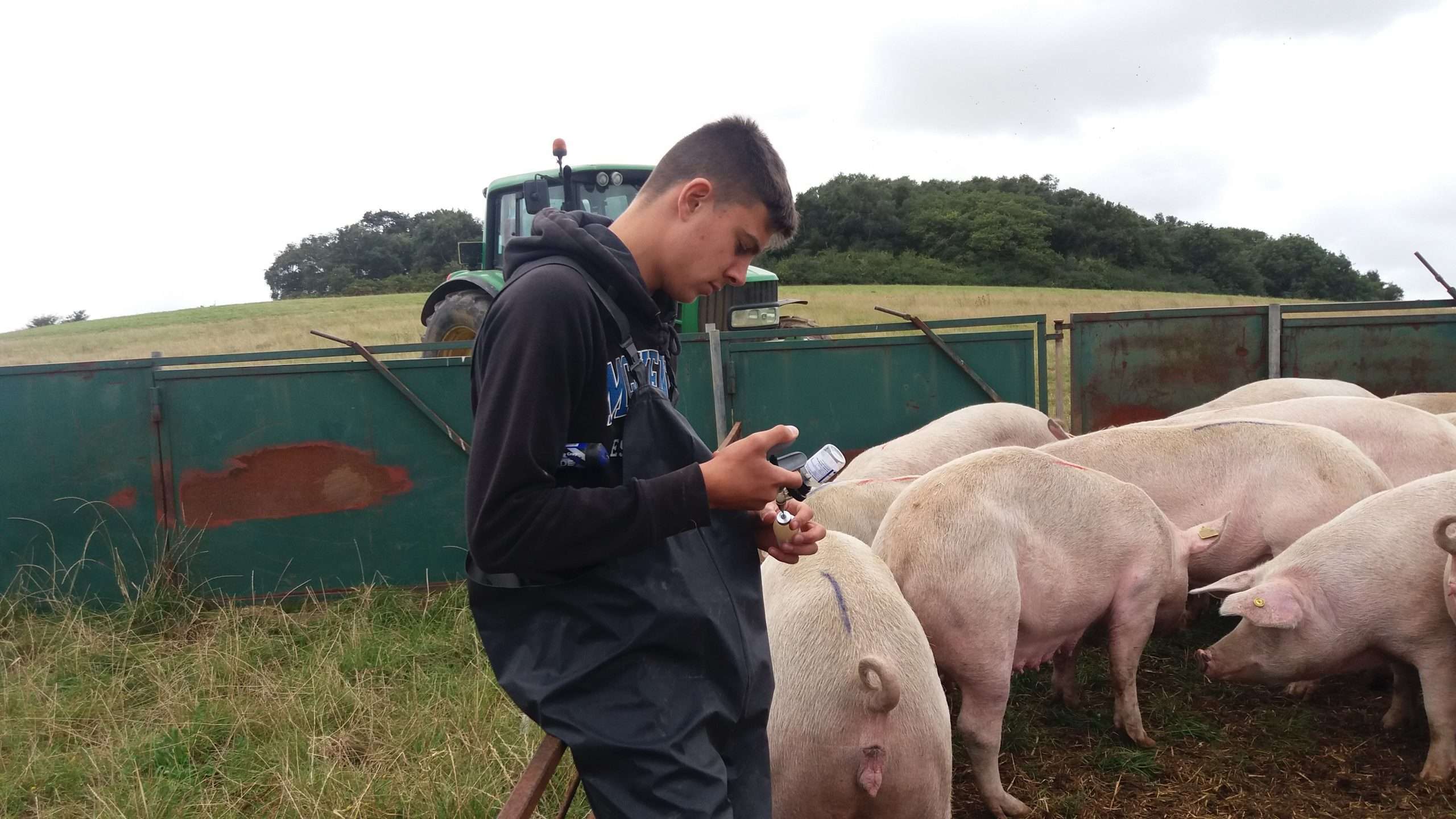 It has been a remarkable few years for Josh, who first came to North Farm Livestock on work experience. He enjoyed the work experience so much that he decided to seek a full-time position with the business, starting just before his 16th birthday.

Josh has continued to learn and develop throughout his time with North Farm Livestock. After completing his Apprenticeship, supported by Easton College, he went through AHDB Stockman & Stockman + courses and is currently on the AHDB Management Development course.

Josh’s willingness to learn, coupled with his work ethic, passion for the sector, and leadership qualities, have seen him make a real difference to the business.  He is now playing a key role in the training and development of new recruits.

North Farm Livestock’s Director, Michael Baker, has seen first-hand the impressive progress that Josh has made during a key period of growth for the business. Commenting on the way in which Josh has led the breeding unit team at Bayfield, Mr Baker says:

Josh has been a key player in bedding down the new herd and driving performance.  He has supported new recruits to the team with real verve, leading where needed, maintaining high standards and showing a real passion for the sector. He has developed this during his time with us using approved industry training programmes to develop his knowledge and further his career and now act as an ambassador for us with new and potential employees. He is an asset to the business and to the wider pig industry.”

In November, Josh’s rapid progress was recognised when he was named Young Pig Farmer of the Year at the National Pig Awards. Josh said afterwards:

It means a huge amount. I feel this award recognises all the hard work I have put in along the way, from starting out as an apprentice to now running a breeding unit. It is a really rewarding role and I enjoy leading the team and being able to bring some of my own ideas for improvement into operation.”

Josh has the following words of encouragement and advice for students and apprentices who are just starting out in their own careers in farming:

Don’t give up! Keep trying to achieve. Remember that good things don’t just happen, you have to work for them, and if you have the right mindset you can achieve whatever you want.”

Acknowledgements: many thanks to EUROPEA-UK and Charlie 🙂