20 Wellant learners recently visited Brittany, France to gain new insights into their field of work and to improve their English and intercultural skills.

During the study week, the pupils visited ISSAT – Lycée du Pays de Redon, a partner school of Wellantcollege. In addition, they have visited five farms, including a modern dairy farm with milking robots, automatic feeding system, manure fermentation and a large water basin. For many learners it was the first time they saw a manure digester and water basin of this size. They also visited an organic company with 100%grass and herb rations. Special in our eyes: thanks to the French climate, the cows usually spend 9 months a year in the pasture. 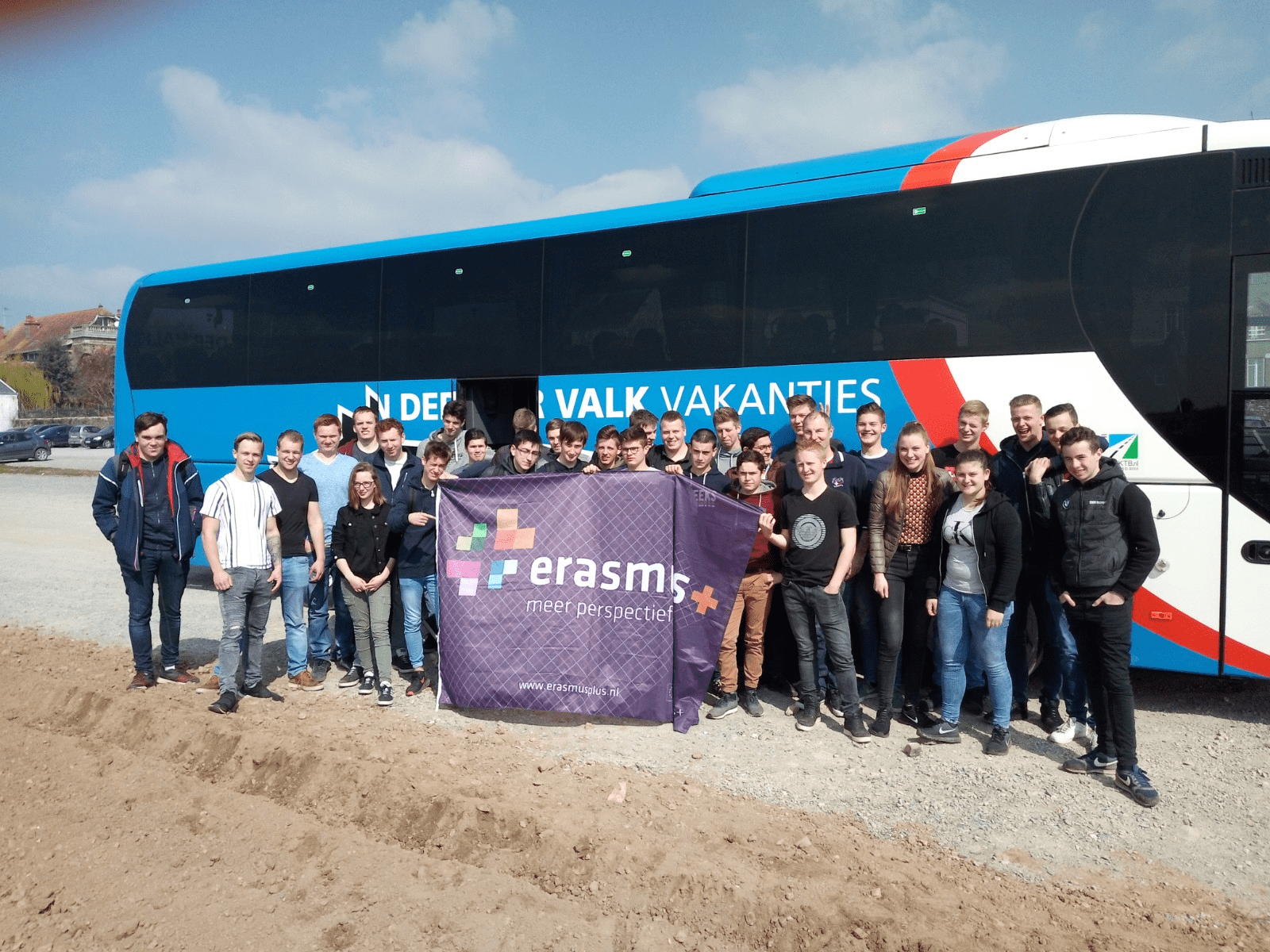 Both in the Netherlands and in France it is important that future farmers have learned to think about opportunities for additional income, such as processing the milk into cheese or ice cream themselves, the focus on (exclusive) regional products, or offering childcare or agritourism.

The Dutch pupils got along well with their French peers and have spoken a lot of English together. They found it fun and interesting, they have seen many new things and they have discovered that dairy farming in France is also innovative. The visit to one of the landing beaches in Normandy has also made an impression; some pupils had never heard of these landing operations during World War II before.

In June, the French learners will visit the Netherlands for four weeks, including one week at Wellantcollege. During this week they will discuss in greater depth what the Dutch and French dairy farming can learn from each other.

The exchange has been made possible by the European subsidy program Erasmus +.

Acknowledgements: many thanks to Karin (NL) 🙂