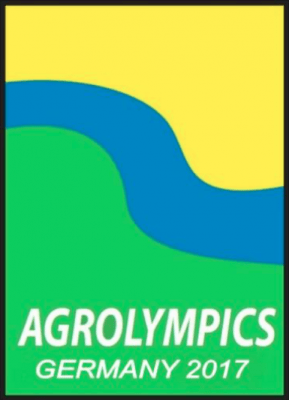 On 1st March 2017 the Saxon Minister of Agriculture, Thomas Schmidt, officially announced in a press conference that the 2nd European Agrolympics will be held in Burgstaedt from 28th September to 1st October 2017. After welcoming the guests and the media Gerd Alscher, headmaster of the Fachschulzentrum Freiberg-Zug, NC of EUROPEA Germany, introduced this competition by presenting facts and pictures about EUROPEA and from the first Agrolympics in Luxembourg. The Minister said that he has been very pleased about this initiative and that his Ministry decided to support this event financially. As he said the Agrolympics will fit very well in the Saxon Thanksgiving Celebration which will take place in Burgstaedt at the same weekend. In his opinion such a competition is an excellent way to show the public how interesting, attractive and varied the agricultural work is. He expressed his hope that young people will get more interested in learning an agricultural profession after seeing the different teams competing in these challenging “Olympic” games. Thomas Schmidt agreed in taking over the patronage of the 2nd Agrolympics and said that he will be very happy to welcome the teams from all over Europe on 29th September and to open the games. He added that he is sure that all participants will go back home with a very good impression of the host country Saxony and the people living here.

In the discussion following the statements Gerd Alscher explained the media representatives that the Agrolympics will be prepared by students of his college, supported by another agricultural school. Many partners were already found, first of all the Rider´s association “St. George” Burgstaedt which offered its territory and riding hall for the competition. Gerd Alscher is optimistic that the 2nd Agrolympics are going to be very successful.