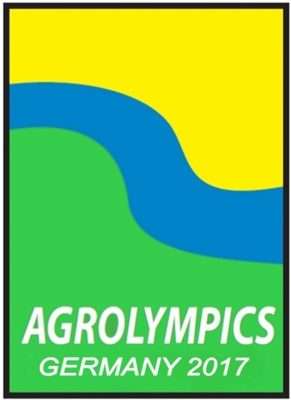 More than 100 young agricultural apprentices from around Europe will gather in Central Saxony next week. They all wish to participate in the 2nd European AgrOlympics, organized under the 20th Saxon Harvest Thanksgiving Festival from September 28th to October 1st 2017 in Burgstädt.

Due to the special public and professional interest the Saxon State Office for the Environment, Agriculture and Geology (LfULG) entrusted the Christian Social Training Institute Saxony e.V. Miltitz and the Agricultural College Freiberg-Zug (member of EUROPEA Germany) with the preparation and staging of the 2nd European AgrOlympics, funded by the Free State of Saxony. The competition is supported by the District of Central Saxony, the Agriculture School Döbeln, the officials of the hosting city Burgstädt and others involved.

The participants will compete in the following practical disciplines:

The participants are divided into 20 Teams, from 19 different European countries. Apart from the hosting country Germany, which may send 2 teams, participants from Poland, the Czech Republic, Latvia, Estonia, Finland, Sweden, Denmark, Great Britain, the Netherlands, Belgium, Luxembourg, Switzerland, Portugal, Spain, Austria, Hungary, Romania, and Serbia have registered. Every team consists of 4 competitors and one supervisor. Germany will be represented by a mixed team of competitors from the Agricultural College Freiberg-Zug and the Agricultural School Döbeln, as well as a team of agricultural college students from Stade/Lower Saxony, Güstrow/Mecklenburg-Western Pomerania and Rotthalmünster/Bavaria. A team of judges, consisting of technical college students from Zug and Döbeln as well as experienced teachers and trainers for agriculture, will judge the performances of the participating teams and declare a winner.

Since March, the organizers, the Technical College Center Freiberg-Zug and the Christian Social Training Institute Saxony e.V. Miltitz, have advanced the preparations of the AgrOlympics in numerous meetings with the local stakeholders and many supporters and nearly have completed all preparations.

We all look forward to good and fair competitions, a large audience and a great and peaceful festival of the youth in Europe.