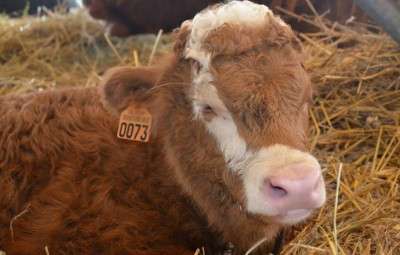 For the past 50 years of its recent history the Paris International Agricultural Show has grown into a leading event for advertising the sector not only in France or Europe but also all around the world. Statistics speaks for itself as SIA 2015 hosted more than 1000 exhibitors and nearly 700 000 visitors.

SIA Paris has always been the meeting place for the key actors in agriculture but it has also become the venue for an annual rendezvous of European students in Green VET competing in cattle judgement and wine tasting – professional contests supported and organised by the French Ministry.

In the cattle judgement competition a very well-prepared German student, LUKAS LEDO came first with a remarkable perfect score of 100 points while the wine tasting competition was won by TIZIANA D’AMICO representing Italy. From our network, the EUROPEA-International, point of you the success story this year came from Greece. The Greek team has been there for many-many years but this was the very first time that their student, CHRISTOS MASCHAS, made the rostrum and finished excellent 3rd in cattle judgement!

When asked about their experiences, the EUROPEA participants stressed the friendliness of the French people and the excellent organisation of the event saying that the Show itself was a wonderful advertisement for French and indeed European agriculture. And the best memory? A Pres du Rouge bull weighing 1890 kg!

Congrats to the students and their coaches!
Thank you France and see you in 2016!

Acknowledgements: many thanks for the SIA participants for the mails, infos and pics.