Some data for starting: 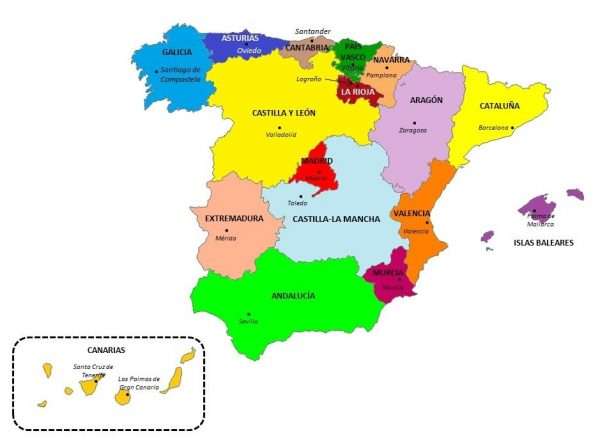 The Green Sector in Spain

Because of the climate differences between different region, mainly between those placed on the north, more humid and colder, and those placed on the south much drier and hotter, the green sector is quite different too. For instance, in regions like Galicia, Asturias, Cantabria and Basque Country the dairy sector, fishing and forest are most important ones, while in central part of the peninsula, a large meseta with and average altitude of 700 metres, the mind productions of the primary sector are cereals, wine and sheep. In the South, mainly in Andalusia, the most important production is the olive oil, while in the regions placed at the East along the Mediterranean coast the horticulture, fruit, oranges, lemons, and wine stand out. Other areas with specific production are Canary Island, where bananas are the star product, La Rioja and Catalonia, which produce wine of high quality, and Extremadura together with the West of Andalusia are main producers of Iberian pigs, horses and cattle.

The Green VET in Spain

There are two levels of VET in Spain:

Diplomas for the Green VET: