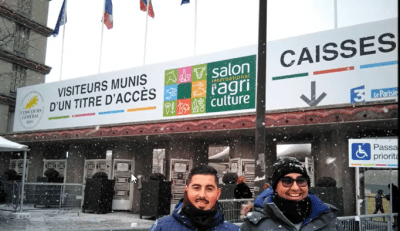 Students of the Agrarian Training School of Tacoronte in Tenerife have represented Spain in one of the contest held in the last SIA of Paris.

One of the objectives of the School is the internationalization. For that reason, Adrián Leandro Gómez y Alberto Herrera Pérez students of 2nd year of Agriculture and Livestock Production accompanied by Professor of Livestock Gerardo Rosa have participated in the SIA (the International Agriculture Show of Paris) from 26 of February to 1 of March, 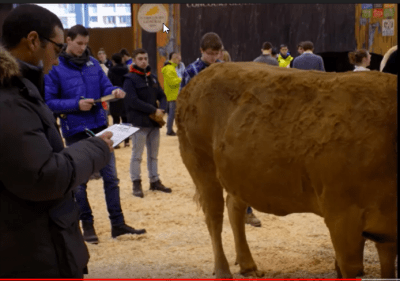 They have competed with the rest of European Delegations in the contest of morphological valuation of milk and beef cattle.

Studets profited their visit to SIA to appreciate all technological developments of the agricultural and livestock sectors as they have shared experiences with students from the other countries in an incomparable scenario.

They also had the opportunity to visit some of the most emblematic points in Paris and learn about French culture.

For the Gastronomic Day they brought mature milk cheeses of goat which they had elaborate during their practical lessons at school guided by the Professor Ms Mercedes Alonso.