Crossroads of the Past
Feb 28th 2018
History of EUROPEANews

2018 is the year of EUROPEA! Our association is 25 years old considering the famous 1993 January meeting in Ettelbruck (LU) as the starting point when The Statutes were signed by the eight founding countries. But did you know that the idea to bring European Green VET students and teachers together dates back all the way to 1988?

Eventually, it all began with a bilateral exchange between two vocational institutions: Epe (NL) and Troyes (FR). One of the teachers in charge from the French partner, Jean-Luc Ravat (ꝉ) wanted to broaden the collaboration and soon preparations for a bigger scale event started.

Meanwhile, Jean-Luc was appointed the headmaster of Vire (FR) and slowly everything got ready for a new kind of reunion. The name CARREFOUR (Carrefour de l’Enseignement Agricole) came into being, and in the spring of 1988 160 students and 20 teachers got together for their very first CARREFOUR meeting held in Vire. Participants came from 8 schools and 6 countries with their responsible teachers: 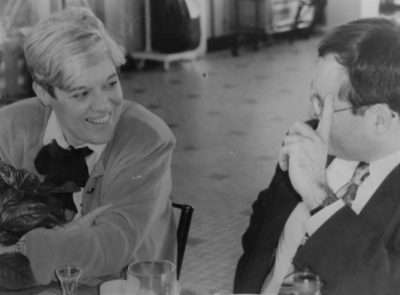 (Most of these names will later appear in connection with EUROPEA!)

The event lasted a whole week, and everything went extremely well. And “Because of the very big success of the meeting, participating teachers decided to let the story go on. Georges Demeester, headmaster of the Brussels school, arrived on the evening before departure to announce proudly that they are taking over the organisation of the second meeting next year. And so, CARREFOUR was born…” admits Georges Krack, one of the founding fathers of EUROPEA.

Over the past 30 (!) years CARREFOUR has changed and improved. With the Comenius, Leonardo and Erasmus+ frames the organisers have had the opportunity to provide a firm financial background for the meetings. It has run under different names (e.g. Hedges & Bridges, Water & Wind, SEM, SKILL, STEP), but it has preserved the good old CARREFOUR idea and the feeling of belonging together. What was originally meant to be a single event turned into a tradition that goes on uninterruptedly even today. 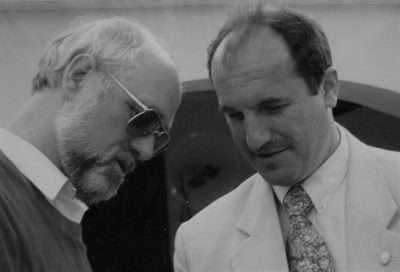 While CARREFOUR has its own delightful story, it also has a huge significance for our association since it served as a cradle for those ideas, concepts and decisions that ultimately led to the foundation of EUROPEA (l’Europe de l’Enseignement Agricole).

How it actually happened? Well, stay with us throughout 2018 and learn more as we travel back in time trying to reveal all the details. Until then:

Acknowledgements: Many thanks to Madelon (NL), Evelien (NL) and Georges (LU) 😊

By Judit Covic (HU), leader of EUROPEA Editorial Group for the History of EUROPEA Campaign, 2018